Criminey Pete!  Bruce Baum has been on The Simpsons as himself!

Click to View DON'T DRIVE, the latest from Bruce Baum and Nogginblast!

You can always reach Bruce at bruce@brucebaum.com

THIS IS BRUCE BAUM

Someone once called Bruce Baum “a 190- pound comedy circus with a mustache,” then ran away. In fact, they were only five pounds off.

If it was possible to stuff Daffy Duck, some oatmeal, and Benjamin Franklin into a blender and hit the puree button, one might pour out a helping of Bruce Baum. Unfortunately, we may never know for sure.

Bruce was born, and then raised funny. After that, he attended UCLA, where he played football, UC Davis where he received his BA in Political Science, then returned for graduate work at UCLA’s prestigious film school. While in film school, Bruce became part of the small cadre of comedians performing at the Comedy Store in the 1970’s that included Robin Williams, David Letterman, and Jay Leno -- a crew of comedians that ignited the comedy boom that began in the 1980’s and continues today. Many of those comedians (Robin and Dave included) appeared in Bruce’s student films and/or also appeared in his videos and short films while Bruce was at Fox-TV for two years as resident short-film-maker and sketch comedian on “Sunday Comics” and “Comic Strip Live,” and two more years on ABC-TV’s “America’s Funniest People” where Bruce was featured in live and taped sketches. Many also acted in Bruce’s movie: “The Adventures of Babyman: Born To Be Raised.”

But wait!!! There’s more! Bruce also served as creative consultant on ABC-TV’s popular “Whose Line Is It Anyway?” for three seasons and has, among other things, appeared on “The Simpsons” as himself (“The Last Temptation of Krusty”), Hollywood Squares, Full House, Growing Pains, Comedy Central, HBO, Showtime and Make Me Laugh.

But That’s Not All! There’s More!!! It can now be revealed, that regardless of what you've heard, or whom you've heard it from, Bruce Baum IS the co-author/co-creator of the first three bestselling “Letters From A Nut” books written under the pseudonym of Ted L. Nancy. Bruce recently released his fourth book, ON HOLD, under his own name. ON HOLD was written only when Bruce was put "on hold" when calling people or companies, and includes laugh-inducing short stories, musings, ideas, blurps, rants, fairy tales, and fairy-less tales.

Musically, Bruce is the purveyor of the comedy hits

"Marty Feldman Eyes," “Don’t Cha Wish Your Boyfriend Was Bald Like Me?,” and  “Cowifornication” (with “The Red Hot Chili Heifers). Bruce’s latest animated video of his song, “Don’t’ Drive,” with his band NogginBlast, can be seen at BruceBaum.com and YouTube, along with more Bruce stuff.

Through extensive exposure on television, film, radio, and live performances, Bruce Baum has built a solid national audience, headlining regularly in Las Vegas, and top venues (and some not so top venues) around the globe.

The Simpson’s (as himself!)

A Year In The Life

Critically acclaimed album “Born To Be Raised,” a BillBoard Magazine Recommended Pick of the Week

“Don’t Cha Wish Your Boyfriend Was Bald Like Me?” with The Pudgy Bald Guys

Letters From A Nut (co-author)

More Letters From A Nut (co-author)

Extra Nutty:  Even More Letters From A Nut (co-author)

On Hold (written while placed "on hold") 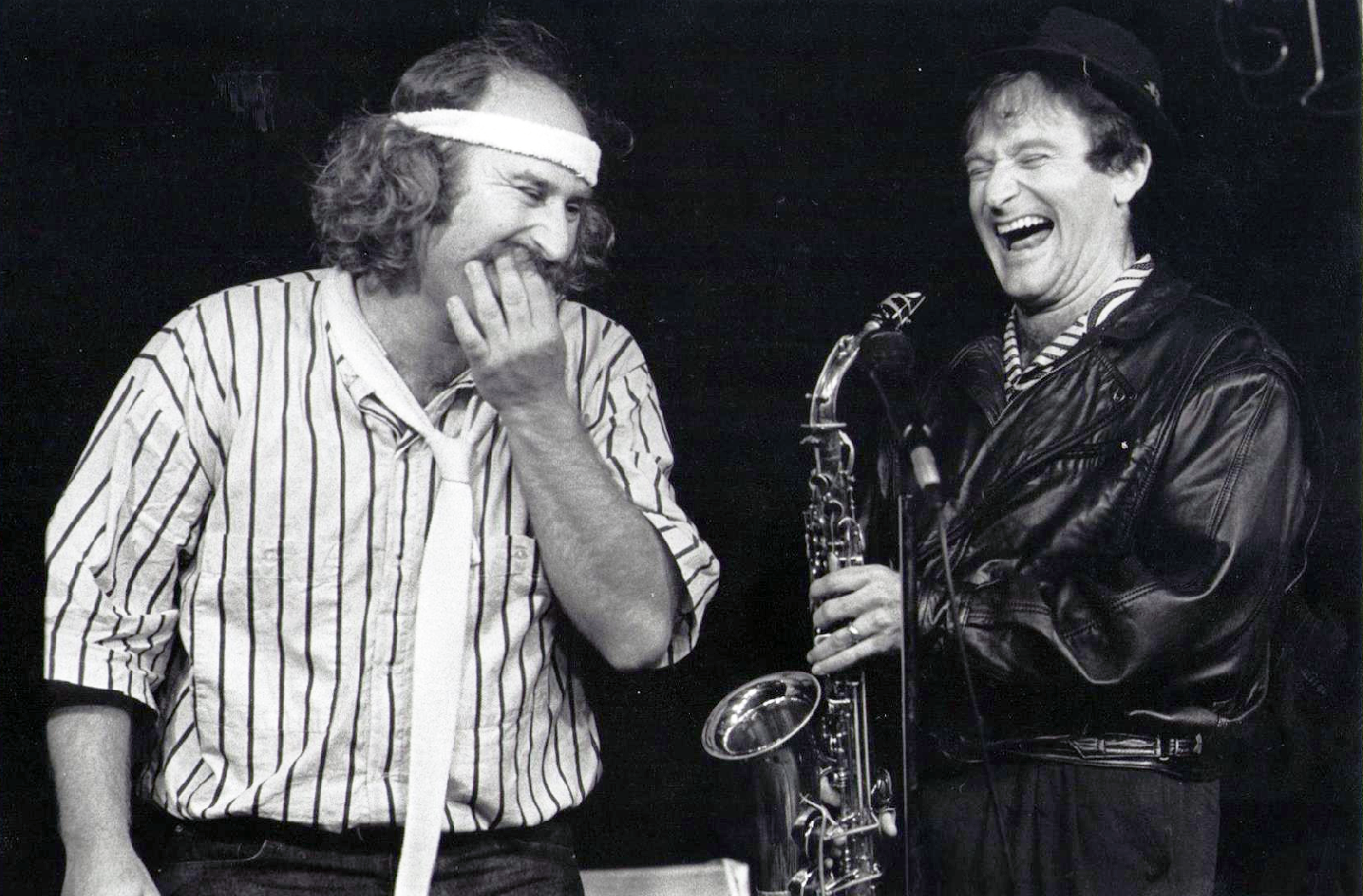 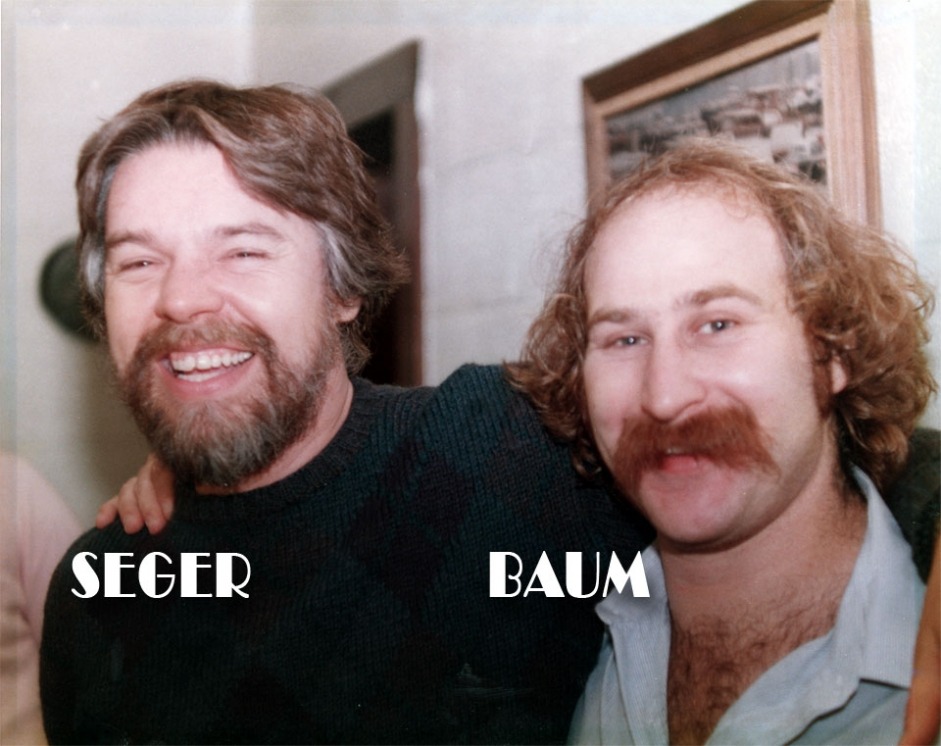 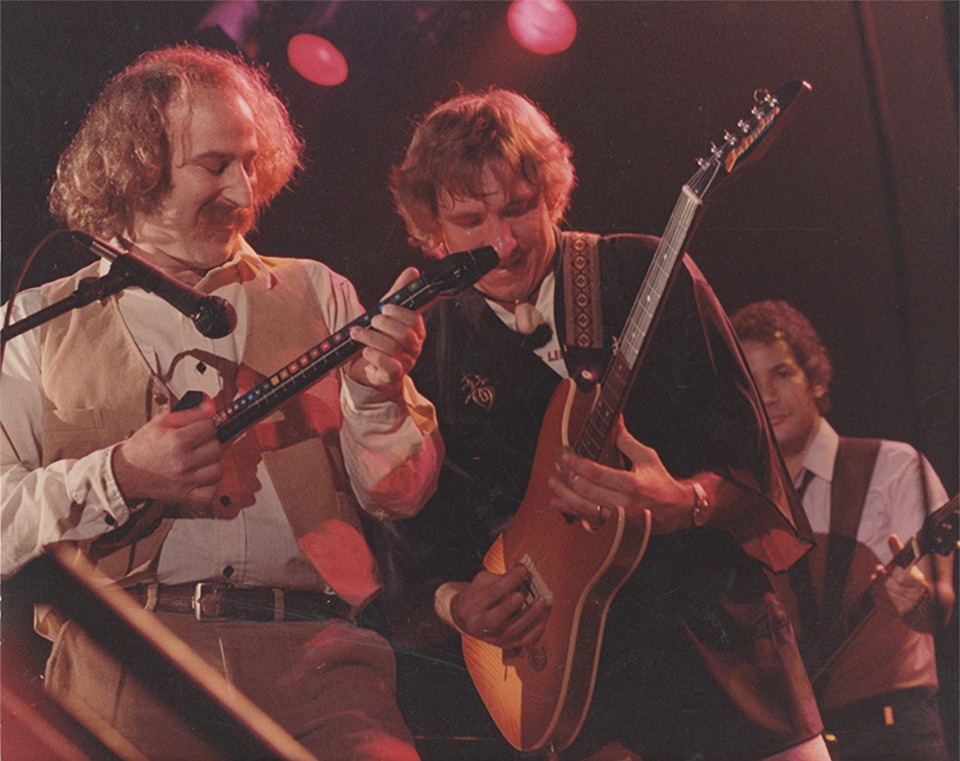 George Carlin and Bruce (From "The Adventures of Babyman")

Ringo and Bruce gigging together

FOR YOUR VIEWING PLEASURE

Why Is Jerry Seinfeld Snackin' On Bruce?

WATCH NOW TO GET THE FACTS ABOUT

LET BRUCE TELL YOU THE STORY